The University College London (UCL) Online Conference was held at UCL in London. The main topic of the conference was ‘Calling Time on Sexual Misconduct’.
The two-day main programme held on June 16 and 17 within the four-day online conference comprised approximately 15 sessions that discussed various topics including sexual misconduct and harassment in higher education, best-practice prevention measures, training, and workshops at universities. Researchers and university faculty members, practitioners, and students from the United Kingdom, Australia, the United States, Canada, India, the Philippines, and Japan participated, and about 40 to 120 individuals participated in each online session.
Prior to the online conference, UCL held an internal conference chaired by Provost and President Michael Arthur called ‘Full Stop’ in 2017. The conference was attended by 100 students, academics and professional staff to explore the prevalence and impact of sexual harassment in higher education.  Following this conference, Provost Michael Arthur established the Preventing Sexual Misconduct Strategy Group, appointing then Director of the Institute of Education, Professor Becky Francis as chair, and Dean of Engineering Professor Nigel Titchener-Hooker as deputy-chair. The strategy group consisted of a cross-section of student and staff facing roles, academics, support and professional staff. The strategy group were tasked with reviewing the existing policy, practice, training and support that UCL had in place and providing recommendations and a strategy to the Senior Management Team in 2018. To support this work, UCL appointed a full-time permanent preventing sexual misconduct manager (presently behaviour and culture change manager) to ensure this work was strategically embedded into the core business of the university.

First, the president conveyed the opening welcome message and discussed the importance of leadership in enabling effective cultural and behavioural changes with managers. The president insisted that senior leadership in this field is critical and stated that UCL will play a leadership role in the initiative across the university.

In the first day’s session, the following themes were reported and discussed: (1) Attitudes to and barriers regarding sexual violence and the findings of a systematic literature review on the prevalence of unwanted sexual experiences on higher education institute campuses in the United States, the United Kingdom, and Ireland, as well as how this topic affects students; (2) A new approach to engaging with staff about workplace norms and sexual misconduct; (3) Filing complaints as a civil process: new sector guidance on staff sexual misconduct procedures; (4) Establishing an effective response to allow for successful primary prevention on campus; (5) Sexual- and gender-based violence in academia: Lessons we can learn from India; and (6) Sexual misconduct and technology.
In the second day’s session, the following theme were reported and discussed; (1) Universities in Australia on the ‘Respect. Now. Always’ programme, which aims to prevent sexual violence in university communities and to improve how universities respond to and support those affected; (2) Students’ experiences of sexual violence and the concept of earned disclosure; (3) What can we learn from Egyptian social movements? Applying grassroots projects to UK university contexts; (4 )Recruiting and managing effective bystander intervention teams, which are responsible for enforcing a university’s zero tolerance stance on sexual harassment and assault; (5) Intersectionality: how to improve education at and university workshop on sexual violence on UK university campuses; (6) Training for informing people about prevention and creating change. ‘Consent is Everything’ workshops, including how they are designed, how they are delivered, and the role they play in the prevention of sexual misconduct; (7) Assessing sexual misconduct among university students and staff. A survey was formulated by an interdisciplinary team to gauge the prevalence, causes, and consequences of gender-based violence among staff and students at university; (8)What can we do to embed a culture of consent? What we know about young people’s knowledge and understanding of sexual consent in the context of education policy and practice; and (9) Behavioural science to prevent sexual misconduct in a higher education context.

Each report can be categorised into three areas. (1) the presentation of findings and measures to address sexual violence in universities; (2) new departments or teams aimed at preventing sexual violence that were established and how the universities tackled the problem; and (3) workshops and methods of support for sexual violence prevention. First, a survey is conducted to gather data and ascertain and analyze the actual situation theoretically and measures are considered based on the results of the survey. Several universities have established new departments to tackle this issue in the process. At universities with large populations of young people, the theme of this conference is an important topic that cannot be overlooked. The valuable information and knowledge from the conference provided significant suggestions and implications for measures at Tohoku University.

【Participation in the online conference】

Participating in this conference was a valuable opportunity to learn how universities around the world have considered sexual misconduct and harassment as an important issue and addressed it in order to prevent and tackle such violence and support those who are victimised. Each university is addressing harassment in a systematic and strategic manner and is taking a variety of steps to eradicate gender-based violence. Through a lively online discussion, I gained the latest insights into the topic, including information about the initiatives of UK universities. It was a very meaningful conference with opportunities for networking and exchange opinions.
Additionally, the conference was facilitated mainly by a member of the Office of the President and Provost (Equality, Diversity, and Inclusion) at UCL who ran the entire conference, which was a precious opportunity to learn how to run an online conference as well. I would like to make the most of this experience in Tohoku University’s future efforts. 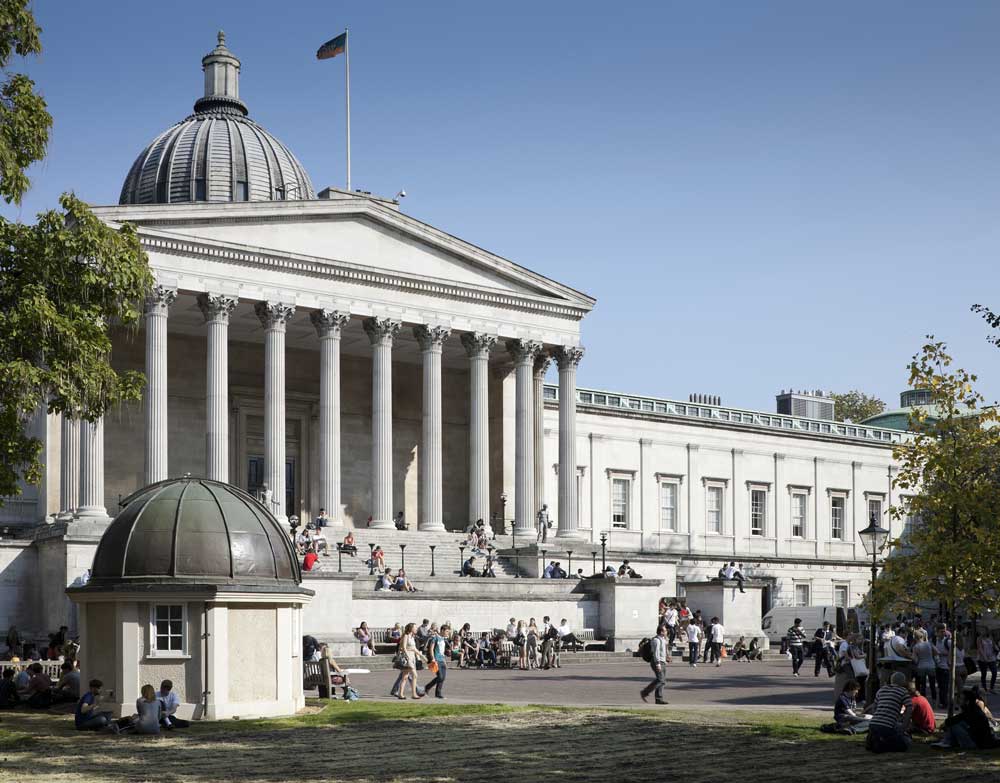