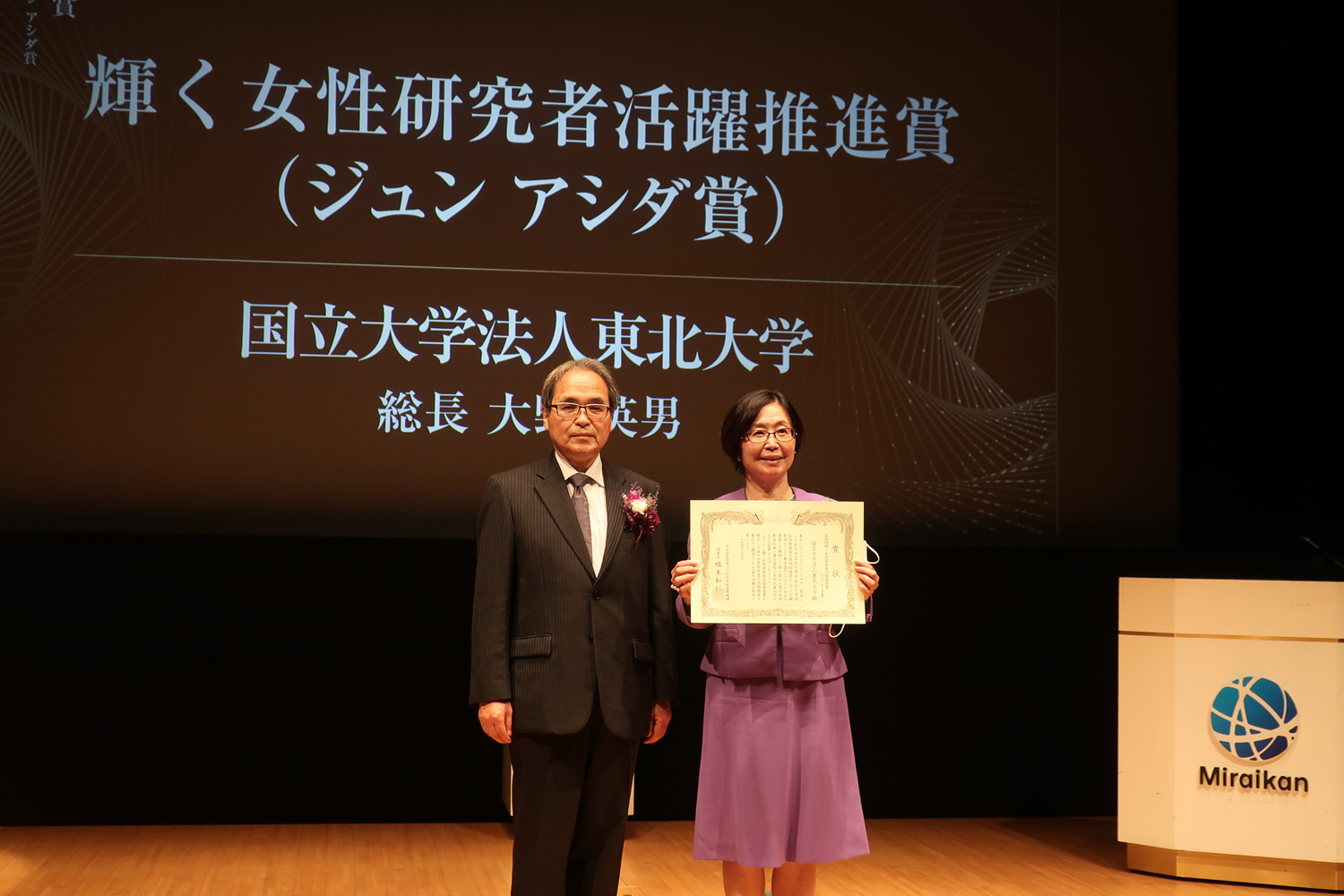 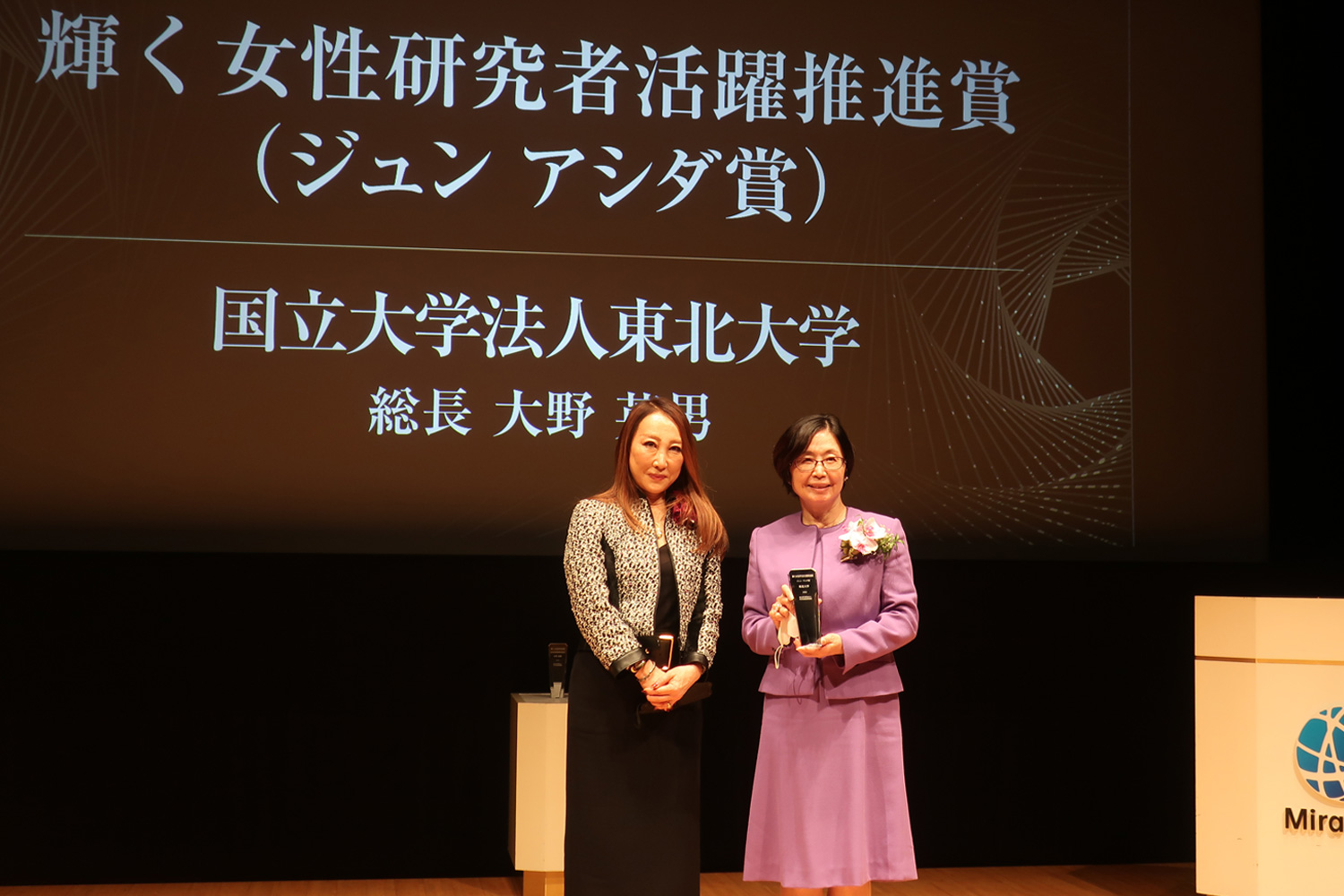 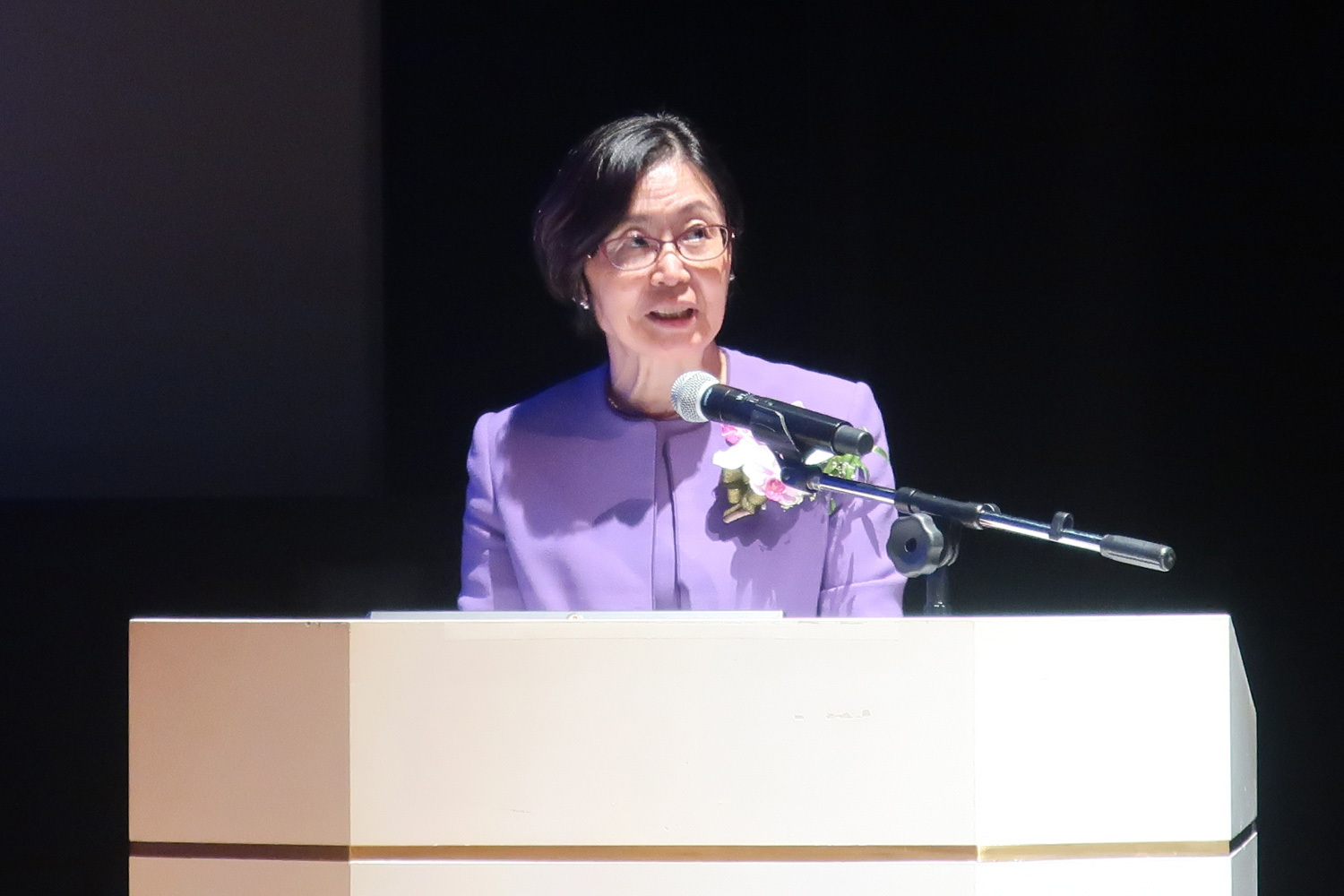 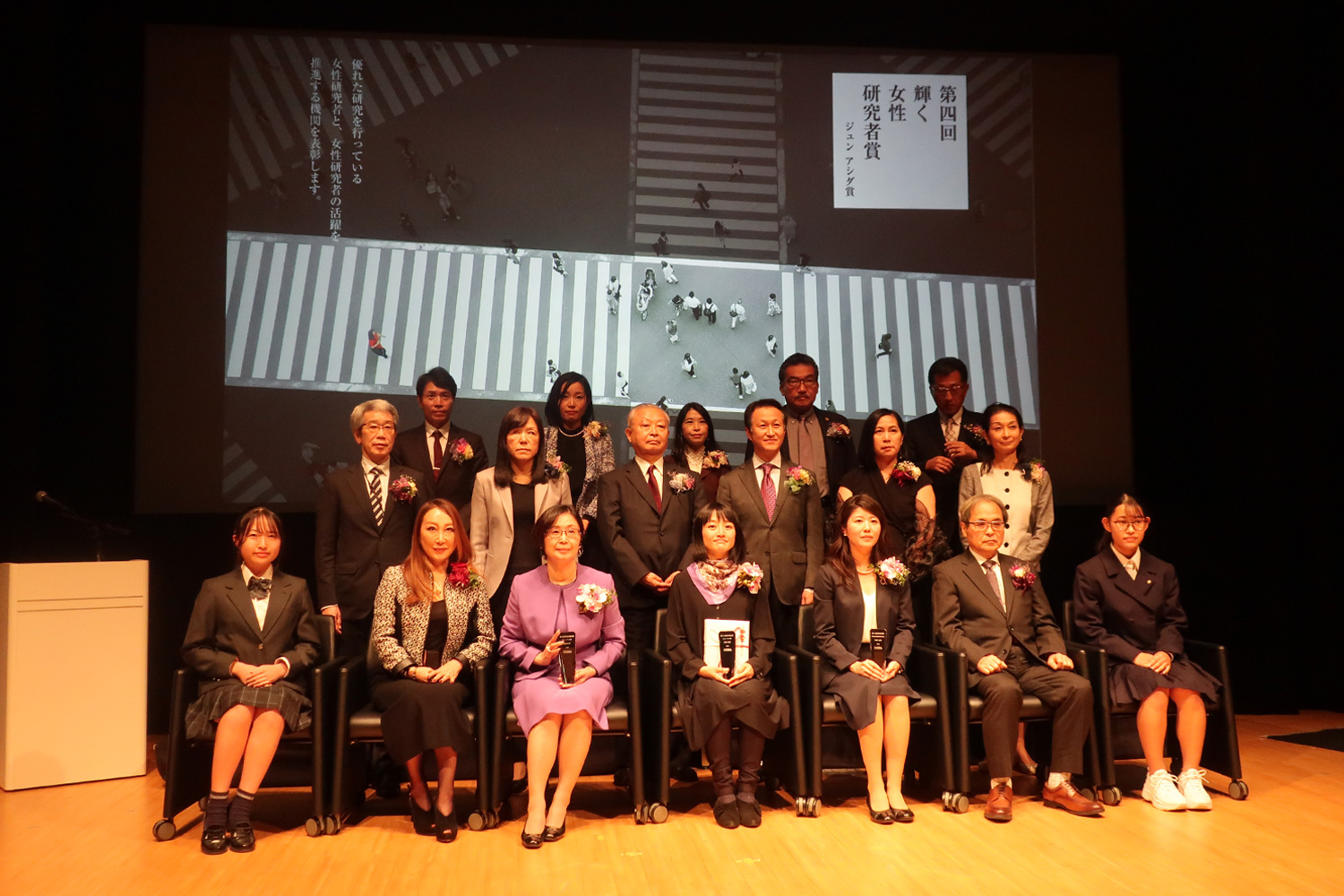 Tohoku University has won the 4th Jun Ashida Award for its efforts in promoting the work and activities of female researchers and supporting their advancement.

The award – which is also known as the Brilliant Female Researcher Award – is presented annually by the Japan Science and Technology Agency (JST). It recognizes the contributions of outstanding female researchers towards a sustainable society and future; and progressive institutions that support them.

Tohoku University was selected for its commitment to its diversity, equity and inclusion (DEI) initiatives, such as the Science Ambassador Program. The program, which began in 2006 as the Science Angels Program, helps female junior and senior high school students to explore their interest in science, and encourages them to pursue a career in science-related fields. The university has also been actively recruiting female faculty members, promoting qualified candidates to higher positions, supporting the development of female researchers and working to raise awareness about unconscious bias.

Tohoku University Vice President Noriko Osumi attended the award ceremony, which was held at the National Museum of Emerging Science and Innovation in Tokyo on November 6, 2022.