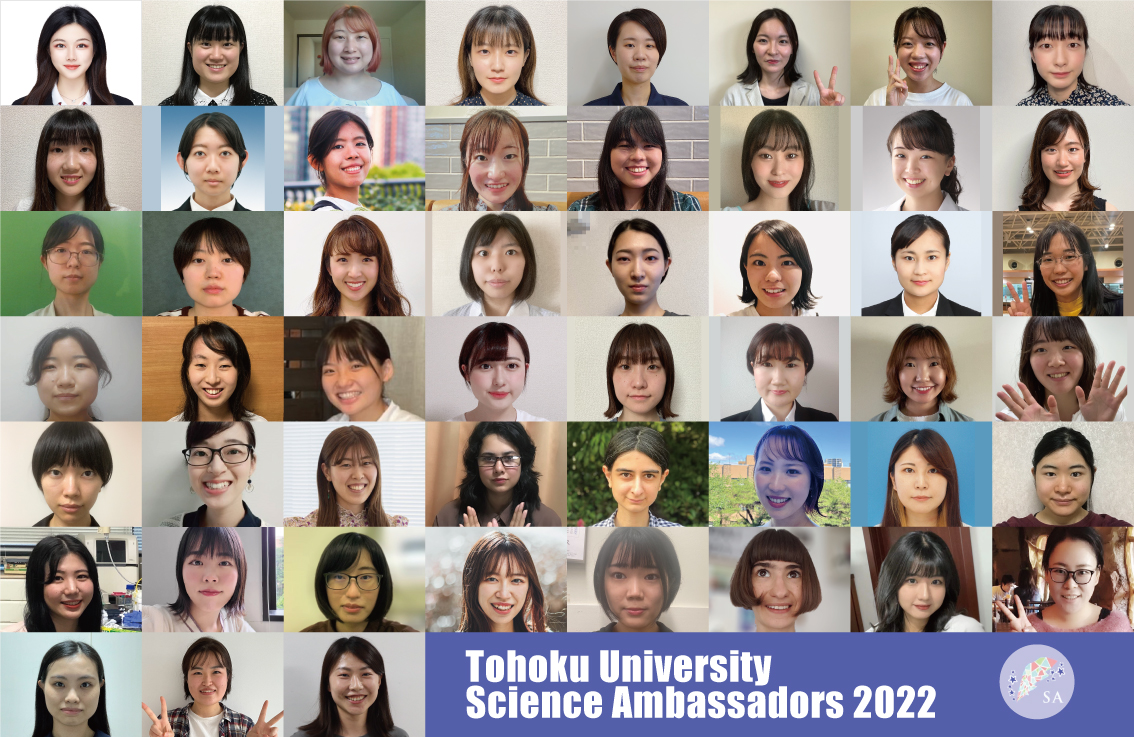 Tohoku University Science Ambassadors is a program for nurturing future generations of female researchers by having women university students serve as “Science Ambassadors” (SAs), accessible role models who communicate the fascination of science to students in primary to high school. It was launched under the Tohoku Women’s Hurdling Project, which was conducted AY 2006–2008 using funding from the Special Coordination Funds for Promoting Science and Technology. Since the conclusion of that project, the SA program has been continued as a Tohoku University initiative that annually recruits SAs from among Master’s and doctoral students. Those accepted into the program are commissioned by the university president.

Selected from among women graduate student at Tohoku University, the Tohoku University Science Ambassadors (SAs) are tasked with reaching out to female junior/senior high school students considering future careers in research.
As role models, their goal is to convey the message that there are a variety of female researchers and that studying at higher levels is fun. They take part in seminars and other events aimed at communicating the fascination and the joys of doing research.
They are working on research in the each areas.

SAs visit mainly high schools to give talks on their experiences in studying their field and on university life. High schools visited in the past include Miyagi No. 1 HS and No. 2 Girls’ HS in Miyagi Prefecture, Yamagata Higashi HS and Yamagata Nishi HS in Yamagata Prefecture, and Ryugasaki No. 1 HS in Ibaraki Prefecture.

SAs also join in science events held in Sendai to conduct easy-to-follow experiments and industrial arts projects designed to show that science is an integral part of everyday life. Examples of past events include “Fun Talks on Science” and “Gakuto Miyagi Science Day.”

Reports on past SA events

Nurturing the next generation